The Value of Team Ego 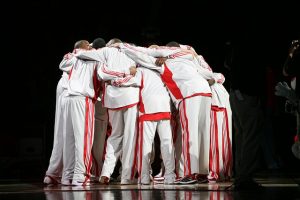 “When we walked into a building for practice or a game, we left our egos outside the building. However, we brought our TEAM EGO into the building.”

The above quote is how Bill Russell described the Boston Celtics basketball teams he played on. Their Team Ego resulted in 11 NBA championships in the 13 years Russell played in Boston. I cannot imagine any future player entering the NBA whose team will win 11 championships in 13 years.

The essence of sport is getting teammates to drop their individual egos for the sake of the entire team. Various coaches have reiterated this concept in a myriad of different ways.

Vince Lombardi used to tell the Green Bay Packers, “Individual commitment to a group cause is what makes a team, a business, a church, or a country work.”

UCLA’s legendary coach, John Wooden, coached many stars during his tenure with the Bruins. He was the College Player of The Year when he graduated from Purdue University, so he knew about stardom from both playing and coaching. His insight was, “The main ingredient of a star is the rest of the team.”

Al McGuire, the former Marquette coach and the most “street-smart” person I ever worked with used to tell his athletes, “Either we all go uptown together or nobody goes uptown at all.”

When I think of some of the really good teams I was privileged to play on or coach, there is no question that everyone was on the same page and that page was “Us.” Individual glory was sacrificed for team glory.

I have always believed that the concept of teamwork definitely transcends athletics. If this is true, should not the first priority of a leader be the development of teamwork? If a business or any organization is to pursue excellence, I do not think they can achieve that goal unless they commit to teamwork.

A classic example of teamwork in the medical field is the Mayo Clinic in Rochester, Minnesota. Friends who have been there tell me that they are immediately met by a primary physician. After a thorough examination of the medical issues, the patient is then assigned to a team of doctors. All the doctors work together to find the best treatment for the patient. Their commitment to Team Ego has earned them international acclaim.

I have also been in situations where jealousy was preeminent and your outside competitors were not the problem; the problem was the people within the organization. The excellence that could have been — and should have been — achieved never came to fruition.

Leaders must do everything they can to develop Team Ego within their organizations!

Related posts
Laser Focus with Purpose
July 26, 2021
Gene and Gene
January 25, 2018
Legacies and Leadership
December 18, 2017
4 Areas Where Great Leaders Separate Themselves From Average Leaders
November 14, 2017
Everybody Gets a Trophy
November 6, 2017
Zobrist Gets “It”
October 3, 2017
Leave Comment
Testimonials
Newsletter Sign Up
Follow Pat
Pat would love to hear from you.