The Value of Humor in Leadership | Coach Pat Sullivan

The Value of Humor in Leadership

John Kennedy once said, “…a sense of humor makes it all bearable.” There is a great deal of wisdom in this statement and it seems that a number of leaders bought into this concept. 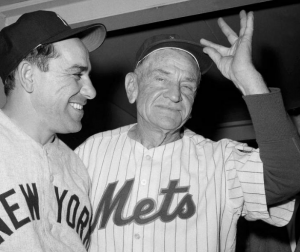 Lady Astor told Winston Churchill that if she was his wife, she would put poison in his coffee. Churchill’s response was, “If I were your husband, I’d drink it.”

Vince Lombardi was a very tough leader. As I remember the story from Jerry Kramer’s outstanding book, Instant Replay, Lombardi fined Paul Hornung and Max McGee for missing curfew. At a subsequent team meeting he told the two of them if they missed curfew again he was going to substantially increase the fine. After reflecting on what he had just said, Lombardi then told them if they were going some place that was worth that big of a fine, he would like them to take him with them.

Harry Truman was at a White House dinner and a very sophisticated lady chastised him for drinking too much. Truman’s response was something to the effect that she was right. He was quite drunk but the difference between him and her was that when he woke up in the morning, he would be very sober. However, when she woke up the next morning she would still be very homely.

After Casey Stengel’s New York Mets team lost something like 100 games the year before, one of the first questions he was asked at spring training the next year was, “What did you think of your team’s execution last year?” His response was that he was all for it.

Ronald Reagan was famous for his use of humor. One of his favorite stories was about two young men backpacking in the mountains of northern California and they came up to the biggest bear either of them had ever seen. The one guy looked over at his companion and he was seated taking a pair of running shoes out of his backpack. He asked him if he thought those shoes would enable him to outrun that bear. His retort was, “No, but they will enable me to outrun you.”

As you have read many times in this newsletter, I will always believe that the best coach  I have ever known was my college coach and a man I worked with for twenty-five years, Gordie Gillespie. Dan Sharp, the outstanding Joliet Catholic Academy football coach who worked with Gordie for a number of years, often told this story. The team practiced at a park district facility and right next to the field was a graveyard. After the offense messed up a play where they were working on timing, with no defense present, not once but three times, Gordie went over to the fence separating the field from the graveyard.

Now visualize some thirty players standing and watching their coach yelling to the graves saying, “Fellas… fellas… make room for Gordie. These guys are killing me!”

Leadership always has been, and always will be, replete with pressure. Many elect not to take leadership roles because they don’t care to deal with all the pressure. I read somewhere that if leadership were easy, we would have a lot more leaders.

So, how can you deal with the pressure? Two thoughts:

Secondly, consider doing what the leaders cited above did. Keep humor in your hip pocket and use it to diffuse the pressure. And the best example of this may have come from the former basketball coach at the University of Texas, Abe Lemons. He told coaches at a clinic in Chicago that when they get fired they may want to do what he did when Texas fired him. He got some mistletoe, put it in the back pocket of his jeans, and walked out the door!