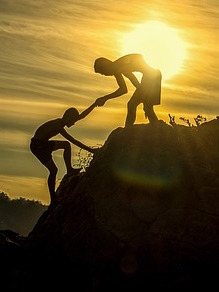 My sister, Marybeth Balog, sent me a number of quotes and quite a few of them referred to how we will be remembered at the end of our lives. Enjoy them.

I think I would be correct in assuming none of us would like to have any one of the above quotes be the theme of our funeral.

The Irish have often celebrated death by imbibing in the drink. They have been known to say that the only difference between an Irish wedding and an Irish wake is one less drunk.

On the other hand, there have been two funerals that I will never forget. The first was my good friend, Tony Delgado’s father. After the priest and the altar boys reached the altar, a Mariachi Band came up the center aisle playing very loudly. We were all surprised as none of us had ever experienced that in church before. In his eulogy the priest explained that Mr. Delgado requested the band to be part of his funeral. He said every room Mr. Delgado entered in his life, he brought joy and he wanted that joy to be part of his funeral.

The second was Dr. Gene Curran. Doc was a podiatrist and took the time out of his busy schedule to teach Biology at our high school. When the priest gave the eulogy, he referred to Doc as “the quiet man who said so much.” He truly was a mentor to many of us and he taught us how to treat people, not by his words but by his actions. His actions did say a great deal.

When leaders ever take the time to reflect on their legacies, they may want to reflect on Mr. Delgado and Doc Curran who lived by a creed Albert Einstein believed in:

“I can think of no reason why we are here other than to help others.”

Leaders are in a unique position where they can help others.

Related posts
Laser Focus with Purpose
July 26, 2021
Gene and Gene
January 25, 2018
The Value of Team Ego
December 26, 2017
4 Areas Where Great Leaders Separate Themselves From Average Leaders
November 14, 2017
Everybody Gets a Trophy
November 6, 2017
Zobrist Gets “It”
October 3, 2017
Leave Comment
Testimonials
Newsletter Sign Up
Follow Pat
Pat would love to hear from you.