In The Press | Coach Pat Sullivan

Pat in the Media 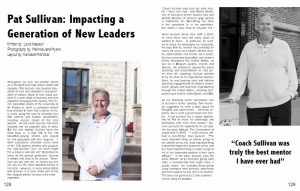