You are here:
May 8, 20154 CommentsPat's Leadership Blog, UncategorizedBy Pat Sullivan

Other than our parents, Coach Gordie Gillespie may have been the most important and the most influential person in the lives of the 4 to 5,000 athletes who played for him. No one will ever figure out how he made so many athletes feel like he was their second father. 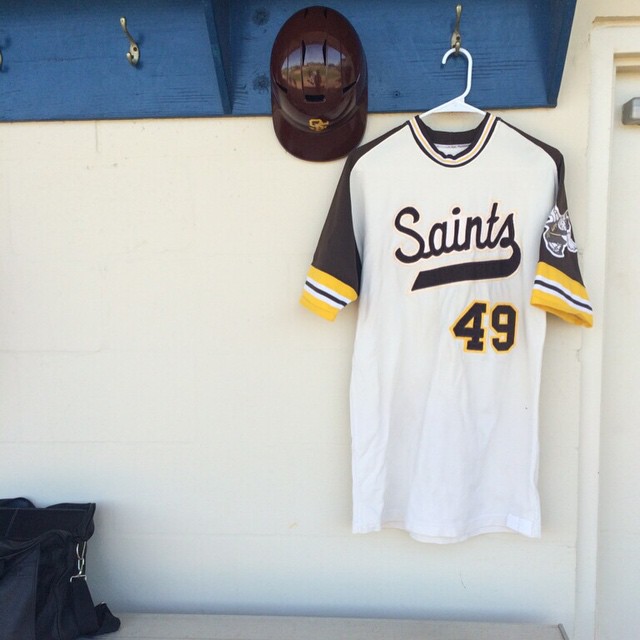 Three quotes seem to be pertinent to Gordie:

Gordie was not interested in what he might gather. He was interested in the goodness, the love, and the values he scattered to all those who crossed his path.

After his passing, I could not believe the number of people who approached me to tell me of the kindness Gordie had shown them. And many of them had met him only once. I had no idea of the impact he had on those who hardly knew him.
Gordie coached college baseball, basketball, and high school and college football. He coached 110 seasons. For those of us who have coached, it is incredible to think about that accomplishment only. One season can take a great deal of energy! 110 seasons is unimaginable. He coached college baseball for 59 years, retiring at age 85. His teams won 2,402 games and he was inducted into 18 Halls of Fame.
As remarkable as those numbers are, they mean nothing when compared to the impact he had on the lives of the athletes he coached. Ed Spiezio, an All-American baseball player for Gordie at Lewis University, went on to play in the Major Leagues for the Cardinals, the Padres, and the White Sox. Throughout his professional career, he played for a number of outstanding coaches. But he only called one coach, “Coach.” That title was reserved strictly for Gordie.
A common refrain among those whom he coached when they were confronted with various problems throughout their lives was, “What would Gordie do in this situation?” That is the respect that his players had for him.
When St. Francis wrote, “Preach the gospel; if necessary, use words,” he could have been writing about Gordie. His impact did not come from his words; it came from who he was, the values he stood for, and the daily example he set.
His athletic values and his life values were one and the same. He wanted to win, not for himself, but for the kids he was coaching. It was never about him; it was about us. Winning was important, but winning the right way was more important. Any kind of cheating, taunting, or embarrassing your opponent was never acceptable.
He valued all-out effort and anything short of that was not tolerated. One of his favorite sayings was, “You’re not tired, you just think you are.” Fatigue had no place in his vocabulary. There was no excuse for not giving all you had, on and off the playing field.
When you made the last play of the game that led to a loss, the first person at your side was Gordie. He was there at the game’s end and he was there when you experienced tough times in your life.
It was never what he said; it was what he did.
On March 20th, the Gillespie children organized a celebration of his life. Some of the children and men who played for Gordie shared his “stories.” It was not an ending because most of us will continue to tell his story until the day we pass.
Three of us who played for Gord have met for breakfast once a week for the last decade. It is truly amazing how often a story of Gordie enters the conversation. I cannot see that ever ending. His teaching was that powerful and enduring.
The most poignant comment at this celebration came from Gordie’s wife, Joan. Despite all the accolades and accomplishments, Joan said, “It was never about him; it was about you.”
The only regret I personally have is that we have not been able to get ESPN to tell his story. Young coaches need to hear his story. They need to hear that your teams can win and you can love the kids you are coaching and be with them for the rest of their lives. It is precisely that care, concern, and love that lasts. Most of the wins will be forgotten.
In the movie, The Natural, Roy Hobbs is asked how would you like to be remembered and his answer is something to the effect that when he walks down the street that people would say, there goes Roy Hobbs, the best player ever to play the game.
People, especially those of us who played for Gordie, would without hesitation say, “There goes Gordie Gillespie, the best coach who ever lived.”
Share this post
FacebookTwitterLinkedInGoogle+Pinterest
About the author