I was at a high school basketball game this past Friday at Marist High School in Chicago. Marist was playing Benet Academy and I knew it would be a good game because I know the coaches of each team, Gene Nolan of Marist and Gene Heidkamp of Benet. Both are outstanding coaches!

As I watched the game I thought the two “Gene Teams” exhibited four skills that leaders could reflect on. 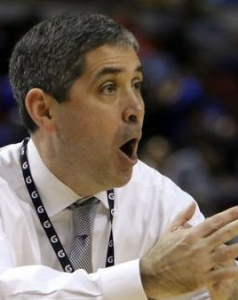 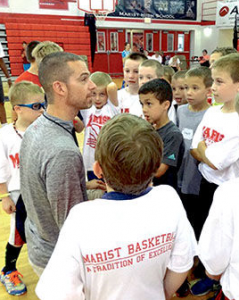 First, both teams had a system of play which emanated from their respective philosophies of how the game should be played. Equally as important, they taught their systems exceptionally well because the players executed so well. They played very smart. Defensively, one system was man-to-man based and the other was zone based. Each system is a different way to defend but both effective because they were taught so well. Leaders have to be teachers.

Second, their kids played very hard. I could not count the number of times players from both teams were on the floor diving for loose balls. Most shots were contested and every rebound was earned. It was difficult for both teams to score because of the players’ knowledge of the defensive systems and the efforts put forth. Leaders not only have to teach but they have to motivate their workers to work hard consistently.

Third, both teams played together. They helped on defense and they made the “next pass” on offense. A player may have been open for a shot but if another teammate was more open, the “next pass” was made. Both teams showed what the great Bill Russell spoke to when talking about the championship Boston Celtics teams he played for. He said when they entered a gym for practice or a game they left their individual egos outside the door. But what they had was “Team Ego.” Isn’t that exactly what all organizations in all fields strive for – a genuine Team Ego?

So, both teams did what coaches always preach. They played “hard, smart, and together.” No matter the team — be it part of business, education, medicine, or law — I think these three criteria are the foundation for excellence.

Both Coach Genes accomplished the three concepts above, but I also believe all three characteristics were driven by a fourth thing they do. I have been privileged to know both men for quite some time and they both do something that the late Rick Majerus used to say about players. “Players don’t care know how much you know until they know how much you care.”

Gene and Gene are great examples of leaders who do care. They care about their players off the floor as much as they care about their performance on the floor. I could not help but think how fortunate the young men playing for these two quality leaders are. These athletes have friends in the two Genes for the rest of their lives.

Leaders who genuinely care for the people in their charge will get them to work hard, smart, and together.

Related posts
Laser Focus with Purpose
July 26, 2021
The Value of Team Ego
December 26, 2017
Legacies and Leadership
December 18, 2017
4 Areas Where Great Leaders Separate Themselves From Average Leaders
November 14, 2017
Everybody Gets a Trophy
November 6, 2017
Zobrist Gets “It”
October 3, 2017
Testimonials
Newsletter Sign Up
Follow Pat
Pat would love to hear from you.