Kenny “The  Jet” Smith said something during one of the telecasts of this year’s NCAA tournament that I never heard before, “Bring a game; not a name.”

I believe this statement can have a great deal of insight for leaders, whether you have or do not have a “name,” in terms of preparation. Just as the teams in the NCAA’s had to come to the tourney prepared, leaders have to come to presentations prepared. 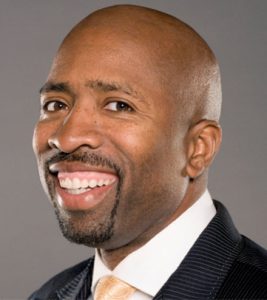 I attended numerous basketball clinics during my 44 years of coaching that sport and saw both sides of this equation. I heard coaches with big names disappoint and listened to “no name” coaches who were the best teachers at the clinics.

While working in Greece one year giving coaches’ clinics and players’ camps, I had the opportunity to hear a coach who was considered the best coach in Europe. I was very excited to hear him and to learn from him. There were about 400 coaches at the clinic and everyone I spoke with after his presentation felt the same way I did. None of us learned anything from him.

While directing a clinic in Salt Lake City, Utah I listened to some outstanding coaches and most of them taught well. I was sitting with Carroll Williams, the creator of the Flex Offense, when a coach I never heard of came to the podium. Carroll told me to really listen to him. His name was Bud Presley, a junior college coach in California, and he was by far the very best presenter at the clinic.

There was a famous coach at one of our country’s elite universities. His presentations were replete with egotism and even though he was knowledgeable, his arrogance simply did not allow you to stay engaged in his speech. His arrogance was so ingrained that he once came to a speaking engagement and his introductory line to the organizer of the event was, “Who’s got my check.” Not “hello,” not “good to meet you,” only “who’s got the check.”

We had some great coaches at a clinic that I directed in Seattle. I was sitting next to the Southern Cal coach, George Raveling, when a high school coach, the only high school speaker at the clinic, gave an outstanding presentation.  To this day, I do not remember his name but I distinctly remember that he was better than all the college and NBA coaches who spoke. Raveling, a well known coach and a great clinician, felt the same way as I did about the coach’s teaching.

I have seen the same concept in the entertainment world. We recently heard a big name entertainer in a sold-out theater and we left early. He didn’t seem committed to his presentation and we were not the only people to leave early.

In contrast to the above, I would highly recommend a one-man play about Al McGuire, the former Marquette coach and NBC color commentator. The play was written by Al’s friend, Dick Enberg, and the actor was excellent. He was definitely a “no name” but he was a whole lot better than the more expensive entertainer who drove us to an early exit.

Finally, there were the big name coaches who came to the clinics throughout our country who came prepared and gave outstanding presentations. I never heard John Wooden, Dean Smith, Bob Knight, Rick Majerus, or Hubie Brown cheat the coaches. Our St. Francis players demonstrated for some of these coaches when they presented at one-man clinics where they taught for eight hours. Their preparation was meticulous.

When you are a leader, whether famous or unknown, when you are asked to present, don’t disappoint the audience. Come prepared and bring a game!